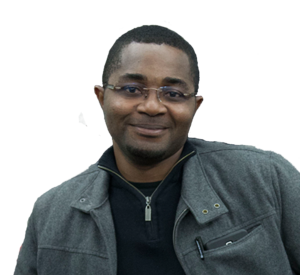 Every life is a story

Rahman Oladigbolu was coming out of a seven-year illness when he moved to Massachusetts to start a new life.  Continuing his adolescent dream of becoming a filmmaker, he started out in Boston as a production assistant on films and television shows. He participated in group-produced experimental short films as writer, director, and co-producer to find his place in the motion picture industry. As a liberal arts/psychology student and a peer tutor/teacher’s assistant at Quincy College, Rahman sought further film training under the private tutelage of film professor Howard Phillips at the Center for Digital Imaging and Animation school, CDIA, an affiliate of Boston University. Before he embarked on his first feature film, Rahman first published a memoir of his long-term illness, On Holy Pilgrimage: A Long Journey For Freedom, which details his transformative experience of coming to America against all odds to learn filmmaking.

While furthering his education at Harvard University, and working as a mental health assistant with teenagers and young adults with autism, Rahman developed his first film projectSoul Sisters. He completed the script during his nightshifts and produced it as a series of short film shoots that became the narrative feature. The film tells the story of friendship between a Nigerian young woman faced with unexpected challenges as an undocumented immigrant in the United States and an African American young woman who’s searching for her identity as a black woman in America.

Soul Sisterswent ahead to win the “Best Emerging Filmmaker Award” at the Roxbury International Film Festival and “The Artist Award” at the American Islamic Congress, a multicultural and inter-faith organization headquartered in Washington DC. Released across Africa as “In America: The Story of the Soul Sisters,”the film also won the award for “Best Film by an African Abroad” at the African Movie Academy Award (AMAA). It has been screened at film festivals and cultural institutes around the world, including the Cannes’ Pan-African Film festival and the Werkstatt Der Kuturen institute in Germany.

The stories of Rahman’s college friends became his second feature film. TitledTheory of Conflict, the film follows a diverse group of students confronted with conflicts that erupt between pro-Israel and pro-Palestinian students on their Boston area college campus.  Rahman is currently in development for his next film tentatively titledA Private Experience, based on an adaptation of the story “A Private Experience” by the New York Times bestseller author Chimamanda Ngozi Adichie. The story follows the experiences of two young Nigerian women from different ethnic and religious backgrounds trapped together in a small shop during an ethnic-religious riot in the city of Kano. The film will be the third in the series of films dedicated to the plumbing of identity and its roles in conflicts and all other human endeavors.